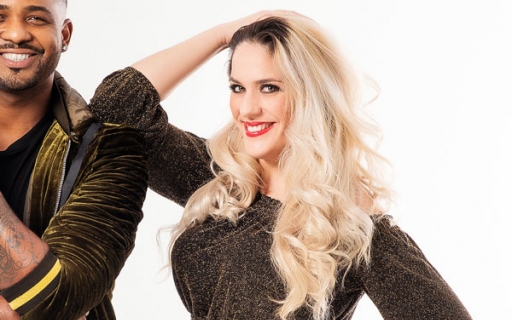 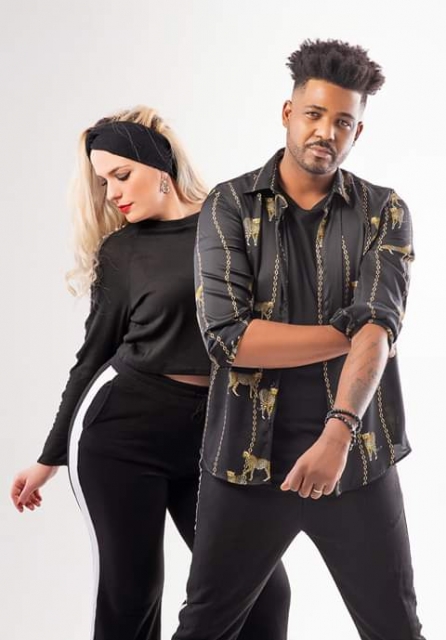 Argenis Cordero, born in San Pedro de Macoris, Dominican Republic, was formed and began his professional career as an entertainer and dancer in the Meliá chain in Punta Cana.
In 2007 he settled in Barcelona, where he began to create groups of students who were taught Salsa and Bachata and began to participate in events and conferences throughout Catalonia.
In the year 2012 she forms a couple with Carolina Moreno, an amateur and lover of Bachata, with whom they undertake a career together.
Carolina Moreno, trained since she was 8 years old in different disciplines such as flamenco or modern dance, began her contact with the Latin environment in a social way when she was 16 years old in the city of Granada.At the age of 17 she entered a Theatre Workshop in her father's hometown, where she was trained by Virginia Gamarra, in different dances for her incorporation into the Musical Theatre.Already in the city of Barcelona he receives classes in the school Sergi and Lourdes and when initiating the career together with Argenis in the year 2012, a few years later, he receives formation of Dancers like Yunaisy Farray, Paqui Torres and Cris AG.

Along with this last formation and the Argenis at the level of dances and Dominican traditions, together they work in the best schools of Barcelona, Salas and events.They participate in national events, especially in the north of Spain and strongly in Catalonia, when in 2016 they decide to found their own Amateur Dance Company "Quisqueya Proyect" with which they have already performed 4 choreographies and danced a number of times.

Their work expanded internationally that same year, when they traveled for the first time to the city of Bourdeux in France and from there other events and Festivals arose.Since then they travel to countries such as Holland, Poland, France and other cities that are in project.

In 2017 they embarked on another new adventure, that of creating an exclusively Dominican event, "A Lo Dominicana Festival" together with the Ballpassio school, which is a real success, in which more than 300 people from all over Europe and other cities of the world participate.

Under its label, Bachata Experience, have been trained and prepared, different professionals from different cities in Spain, in order to impart its methodology and publicize Dominican music and culture.﻿﻿