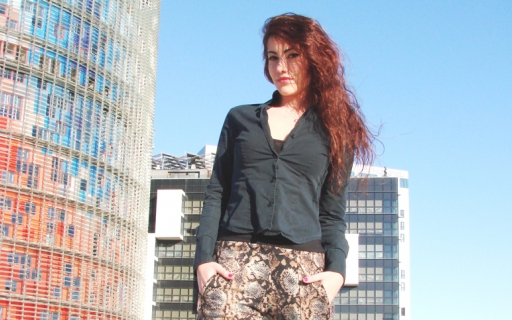 Ary started doing gymnastics when she was only 6 years old. When she began the institute, she left it to dedicate more time to studying. However, she became interested in salsa dancing and started learning the basics in workshops. Then, when she started college, one of her friends invited Ary to go to a cuban salsa class. It was then when she fell in love with dancing. She spent 3 years dancing cuban salsa and also started to perform shows on-stage. This was the trigger for her to need the adrenaline of the stage later on.

Ary had to leave dancing to invest more time in the university studies, but she never quit thinking about her return to the dancing lessons that she loved. Actually, she went to social dancing clubs whenever she could.
Finally, in 2015 she decided to go back to dancing , but this time betting on a new style: bachata. She joined a choreographic team, where she met her actual dancing partner. They agreed to learn as much as possible in both salsa and bachata. They succeeded as they won one amateur competition in 2016 and two in 2017. Later on, they joined a bachata company and continued learning.
At the beginning of 2017 they joined Adrian & Anita's salsa company, and in mid 2017 they also joined Pura Bachata company, companies that they are still in.
From then, they continued competing in semi-professional tournaments and in september 2017 they made their first debut in the Sobretodo Bachata playoffs.
Currently the keep preparing themselves to new competitions in improvisation as well as coreographies.﻿﻿